In medieval Europe, most people could not read or write, so they had to be told Bible stories rather than reading them.

Passion Plays were the plays telling the Easter Story. They were called Passion Plays because the word 'Passion' is sometimes used to mean that Jesus loved everyone so much that he died for us. 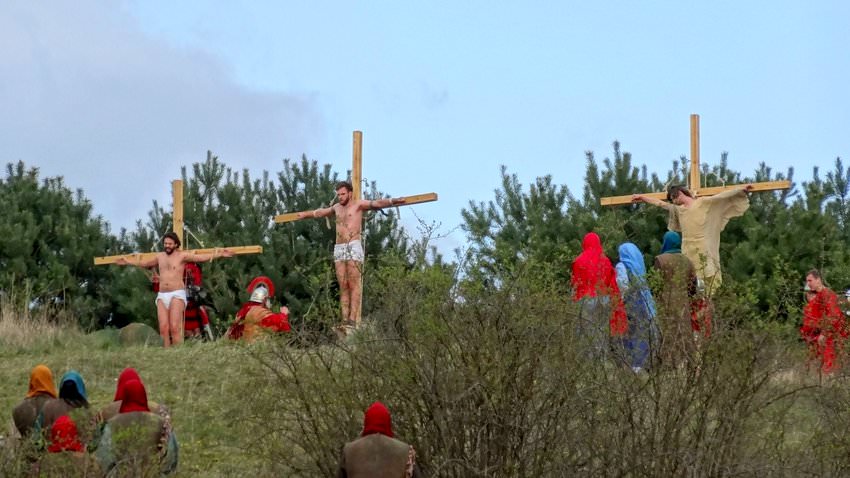 One of the most famous Passion Plays that is still performed takes place in the German village of Oberammergau. They do this to say 'Thank You' to God because he saved the village from the black death in 1633. These Passion Plays are held every ten years. The whole village takes part and the whole play lasts eight hours! The performances go on for several months. You can find out more about the plays at: www.passionplay-oberammergau.com

Passion Plays are also performed in York in the U.K., Spain, Italy, Mexico, the U.S.A and other countries. A Passion Play has been performed in Durban, South Africa every five years since 1952. It has very close links to Oberammergau is performed by the Durban Catholic Players Guild.